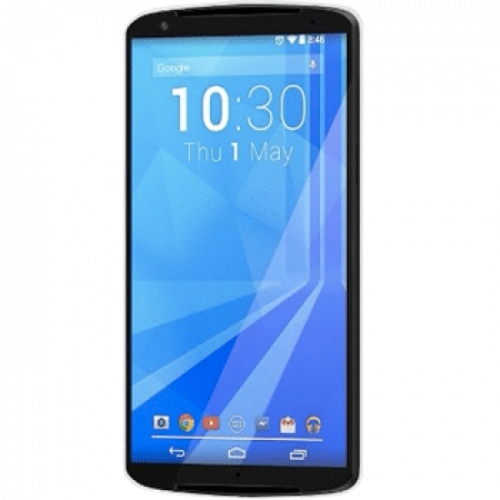 Sell your Motorola Nexus 6 with OnReycle and get the most money. We compare all major phone recyclers in seconds.

The Motorola name has been circulating for the best part of 100 years, having been launched in 1928. The company have traded in wireless network equipment such as box stations and signal amplifiers, as well as other hardware such as digital video recorders and network equipment to allow video broadcasting. Throughout the early part of the 21st century, the Motorola name was synonymous with some of the highest performing mobile telephones around.

For the last 5 years or so, there has been stiff competition between Android and iOS, most commonly seen between Galaxy and iPhones. Whilst competing, constant upgrades and improvements are made to each phone release, and this has led to phones such as the Motorola Nexus 6 becoming outdated relatively quickly. If you have a Nexus 6 and want to trade it in for a newer (or different) device, OnRecycle are here to help you.

OnRecycle are experts in pairing mobile phone sellers with potential buyers. We work with major online recyclers from around the world to create a platform on which to sell your phone quickly and easily. When you wish to sell a phone such as the Motorola Nexus 6, OnRecycle can provide you with a no-obligation quotation almost instantly - allowing you to make the decision to cash in on your device! This gives you the finance needed to fund your next smartphone.

OnRecycle has been designed with the user in mind. We allow you to change the order in which the recyclers appear, to suit your requirements. All of this is so quick and easy that you could be selling your Motorola Nexus 6 today!

When you log on to our website, you will notice a search bar that appears at the top of every page that opens. Simply click on this bar and enter the words, 'Motorola Nexus 6' to bring up images and details of the phone. Once they appear, click on the one that is most relevant to your device, and we can start to gain more information about what you have.

In order to match your product with a suitable buyer, the system requires just a few more details. Tell us what condition your phone is in, the network it is locked with (if any), and the phone version (either 32GB or 64GB). Once these details are in, the list of recyclers appears and you are free to choose a buyer. Alternatively, you may just want the information at this stage: you are under no obligation to sell and, as we haven't taken any personal details from you, you will not receive any aggressive sales calls or emails from us or any third parties.

When you are deciding on the recycler to sell your mobile phone to, there are some questions we recommend you ask yourself. If price is your number one priority, you can arrange the data in accordance with the recycler who offers you the highest price. If you are more interested in obtaining the cash quickly, sort the data by 'payment period.' Alternatively, you may want to check whether the recycler has been reviewed by previous sellers. If so, simply sort the data by 'user rating' - it is also a good idea to read some of the user reviews available on the site.

Having decided on a buyer, click on the 'sell now' button next to your chosen recycler, and enter the next screen. If you get the option to sell through OnRecycle, we recommend that you do this as you will benefit from our secure payment system, and receive our advice and guidance should you need it.

Having completed the steps, you will now have money in your account! If you are thinking about using it to finance your next smartphone, you may want to take a look at our brief review of the Motorola Nexus 6, so that you can compare your next phone with this device's spec.

The Motorola Nexus 6 was released in 2014. It is a Google phone, which means that the device runs through the Android operating system, beginning with version 5.0 (Lollipop). However, it is possible to upgrade the handset to 7.1.1 (Nougat). Storage-wise, the handset can be purchased either as either a 32GB or a 64GB phone.

The phone is rather large; the screen is 5.96 inches which makes it one of the biggest smartphones around. The device (which is available to buy in 'midnight blue' or 'cloud white' has a slick, curved back with metal edges - making it easy and comfortable to operate and carry around. The phone's appearance also makes gaming and watching videos enjoyable.

The 1440 x 2560 pixel screen is capable of viewing high quality photographs from the phone's 13-megapixel camera (complete with autofocus). The phone also boasts a secondary camera of 2 megapixels, so selfies can also be taken to the highest standard! The phone has dual front-facing speakers which makes gaming and listening to music enjoyable and immersive.

The Motorola Nexus 6's battery has up to 24 hours of talk time and up to 330 hours of stand-by. It has a water-resistant SIM which shows that users were placed very much at the heart of the handset's design. The device's attractive appearance is complemented by an incredibly smooth performance.

You are viewing: Motorola Nexus 6