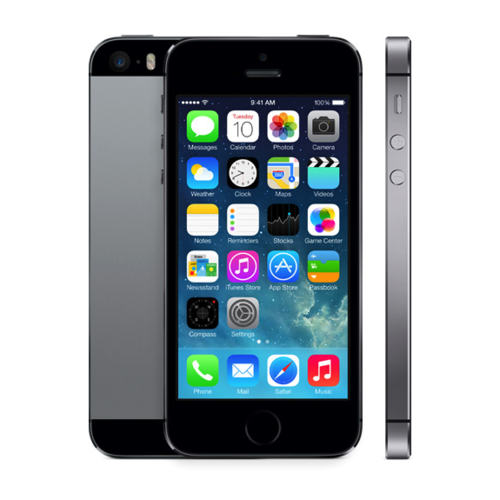 Sell My iPhone 5S For Cash

Apple is one of the world's leading manufacturers and designers of electronic gadgets. Founded by Steve Jobs, Steve Wozniak and Ronald Wayne in 1976, when they produced and sold personal computers, it has since expanded into areas such as hardware, software, online services and smartphones (and other handheld devices). The brand is associated with quality, and many customers feel as though they are at the centre of the design process. Each device Apple releases is extremely user-friendly, enabling customers to feel comfortable to operate them almost immediately!

At least one new smartphone is released by Apple every year, complete with all the latest features. Releasing products so regularly comes with both advantages and disadvantages to consumers. On the plus side, it is an incredibly exciting time as we are able to benefit from Apple's technological innovation, to ensure we are always kept up to date. On the other hand, we are often unable to afford the newest handsets - leaving us behind in terms of technology. For example, a device like the iPhone 5S is already outdated with its value having dropped significantly.

Selling your iPhone 5S with OnRecycle

If you have an iPhone 5S and want a new device, OnRecycle can help. We know that not everyone can afford the latest smartphone, but we work with recyclers to ensure that if you want to sell your iPhone 5S, you will receive a top price for doing so.

The OnRecycle system has been designed with the user in mind, making us one of the best online stores to sell iPhone 5S models. The system is easy-to-use; even the least technical of operators will be able to sell their iPhone 5S in minutes. What's more, we will not ask you to provide any personal details, which keeps you free from aggressive sales calls and unwanted emails.

To get started, simply locate your device and provide us with information regarding its condition and storage size. Choose from the options provided - giving the most honest description of your phone (failure to do so may result in you having your quotation reduced during a later stage in the process).

Once the system has this information, it will provide you with a list of accurate quotations, along with a series of other data including 'payment period' and 'payment method'. We always recommend paying close attention to the 'user rating' and ‘user reviews’ fields when deciding which recycler to opt for.

Click on the 'sell now' button next to the recycler of your choice and you will be taken through the remainder of the sales process. Who would've thought that selling your iPhone 5S could be so simple?

The iPhone 5s was released in 2013 by Apple - amongst competition from other phones such as the Samsung Galaxy S4. It weighs just 112 grams, considerably less than the iPhone 4s (140 grams). The iPhone 5s has an LED-backlit IPS LCD capacitive touchscreen on a display which is 4 inches in size. This display has a pixel rating of 640 x 1136.

The iPhone 5s operates from iOS 7 but this is upgradeable to iOS 10.3.2. It can be purchased as either a 16, 32 or 64GB model and each one comes with 1GB of RAM. In terms of the handset's functions, it has an 8 megapixel camera, fingerprint sensor and 'Siri' voice activation. The phone plays either MP3 or MP4 files. The iPhone 5s can be purchased in either space gray, silver/white or gold.