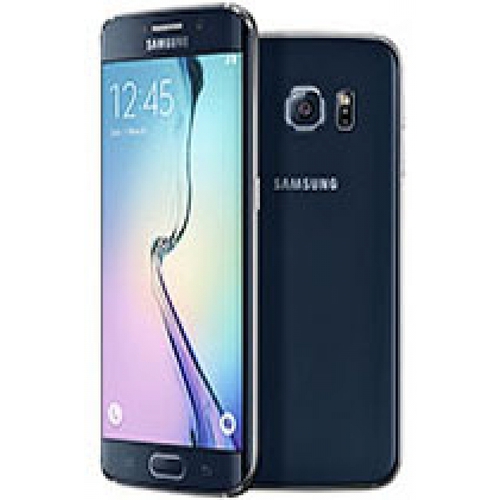 Sell your Samsung Galaxy S6 EDGE with OnReycle and get the most money. We compare all major phone recyclers in seconds.

The Samsung name has become an important part of South Korea's history and culture since it was founded in 1938. Whilst being one of the largest manufacturers of mobile telecommunications in the world, it also has an influence on many parts of South Korea's way of life, including their politics, culture and media, and the nation's economic development.

The multinational conglomerate's headquarters are situated in 'Samsung Town' - a major office park located in Seoul. Within this 'town' are 3 large buildings, representing the different aspects of Samsung. The mobile telecommunications and consumer electronics industries are perhaps the best known of all those that Samsung operate within.

The range of mobile phones that Samsung produces expands each year. The 'S' range, for example, contains various phones, with the S8 due to be released in 2017. This means that consumers are subject to the newest technology and handsets on a regular basis. It also means, however, that older devices lose their value extremely quickly.

One such device is the Samsung Galaxy S6 Edge, released in March 2015 along with the standard Samsung Galaxy S6. Already replaced by the S7, the S6 Edge has declined in value and will continue to do so as new handsets are released. If you have an S6 Edge and are thinking about cashing in on it whilst the value is still high, OnRecycle are here to help.

We work with many of the major online recyclers around the world to link mobile phone sellers with potential buyers. We understand that consumers do not want the hassle of finding a buyer for their phone - they want to sell quickly and easily, and receive a fair price. We have formed strong relationships with mobile phone recyclers in order to create OnRecycle - an easy-to-use system that gives you all the information you need to make a decision on selling your Samsung Galaxy S6 Edge. What we mean is, we have done the hard work so that you don't have to!

Our system has been designed with the user in mind. It takes seconds to input the data that we need to generate a list of quotations, and we do not ask for any unnecessary data (e.g. personal information) when producing this list. Simply type the device name (Samsung Galaxy S6 Edge) into the search bar located at the top of each page and related handsets will appear in a dropdown list. Select the correct device and move onto the next page, where you tell us about the phone's condition, the network it is locked with, and the version (e.g. 32, 64 or 128 GB models). This is all the information we need to produce your quotations.

Once the system refreshes, the list of recyclers (and the prices they are willing to pay you!) appears. Bear in mind that even at this stage, you are free to opt out if you no longer wish to sell - the quotes we have provided are completely free and you are under no obligation to commit to any of them.

When considering the recycler you wish to sell to, we suggest that you take some time to research them. Check their star rating, read some of the reviews left by previous sellers, (simply click on the 'user reviews' link) take a look at their website. All of these methods will help you to build up a clear picture of the buyer you are looking to trade with.

If you are happy with the price that the recycler has agreed to pay, you are ready to sell! Click the 'sell now' button and follow the remaining steps. If you are offered the option to sell through OnRecycle, we suggest you do, as you will benefit from our expert advice and guidance, whilst selling your phone through a secure payment system.

Having sold your phone, you are now free to look at other smartphones available on the market. When doing this, it can be useful to know the details of your Samsung Galaxy S6 Edge, so that you have something to compare your next purchase with. Here is our brief review.

The S6 Edge was released in April 2015, the same month that Samsung released the standard S6. The reason for labelling this device the 'Edge' is the covered edge that the handset comes with - replicating those used in many modern-day televisions. As such, the S6 Edge is ideal for playing games and watching videos on.

The Edge has dimensions of 142.1 x 70.1 x 7mm. The 7mm thickness gives it a modern, streamlined feel which allows users to enjoy operating the handset with comfort. It weighs just 132 grams, contributing to the ease of use and portability.

The Samsung Galaxy S6 Edge has a screen size of 5.1 inches and operates through the super AMOLED capacitive touchscreen functionality. It has a resolution of 1440 x 2560 pixels and boasts an incredible 16-megapixel camera lens, and a secondary 5-megapixel lens.

Elsewhere, the phone comes with 'Samsung Pay', which allows MasterCard and Visa payments to be made quickly and easily. It also has a fingerprint and heart rate sensor, which allows users to make the best use of these innovative technologies.

The Samsung Galaxy S6 Edge can be purchased as either a 32, 64 or 128 GB model, each of which comes with 3GB RAM. The battery enables up to 17 hours of talk time (with 3G) and up to 50 hours of music. The device can be purchased in either white pearl, black sapphire, gold platinum or green emerald.